At first, I thought this was a joke, but sometimes the truth is funnier than fiction.

Construction on the US White House began in 1792. It has been almost continuously occupied by US presidents since 1800, barring a few years after the British set it on fire in 1814.

But that doesn’t mean that the present-day building is free of hazards—there are mice, cockroaches, and ants. And as of this past weekend, a sinkhole has been growing on the north lawn, Voice of America reporter Steve Herman observed, just near the press briefing room. 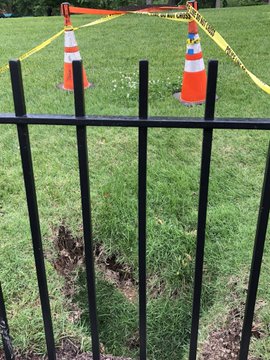 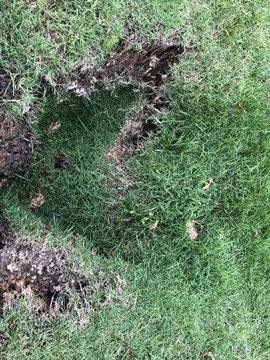 This week I’ve been observing a sinkhole on the @WhiteHouse North Lawn, just outside the press briefing room, growing larger by the day.

“It was noticeably bigger between Sunday and Monday,” Herman said. “It’s more than a foot long right now,” he said. A second sinkhole has opened up right next to it, he said.

Update: According to Herman, the sinkhole appears to have been covered up by White House staff.

Update: The @WhiteHouse sinkhole is now a cover-up. pic.twitter.com/X031j3SL0u 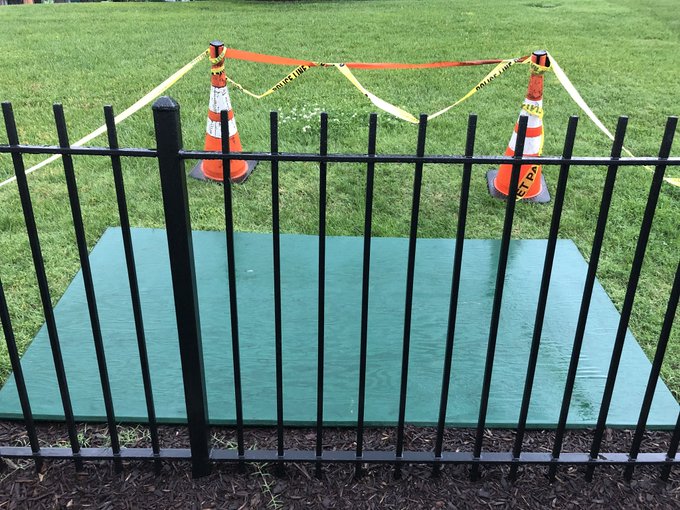 Often described as a “swamp” of corruption, parts of the city of Washington, DC, are also literally built on a swamp. The city’s geological issues also include “forebulge collapse,” a post-Ice Age condition that means the city could sink as much as six inches this century.

Sinkholes have opened up across the city in recent years. They forced two residents to abandon their homes in March, and swallowed up a school bus last year. This is the first report of one on the White House lawn.

For the Women Who Run With the Wolves.